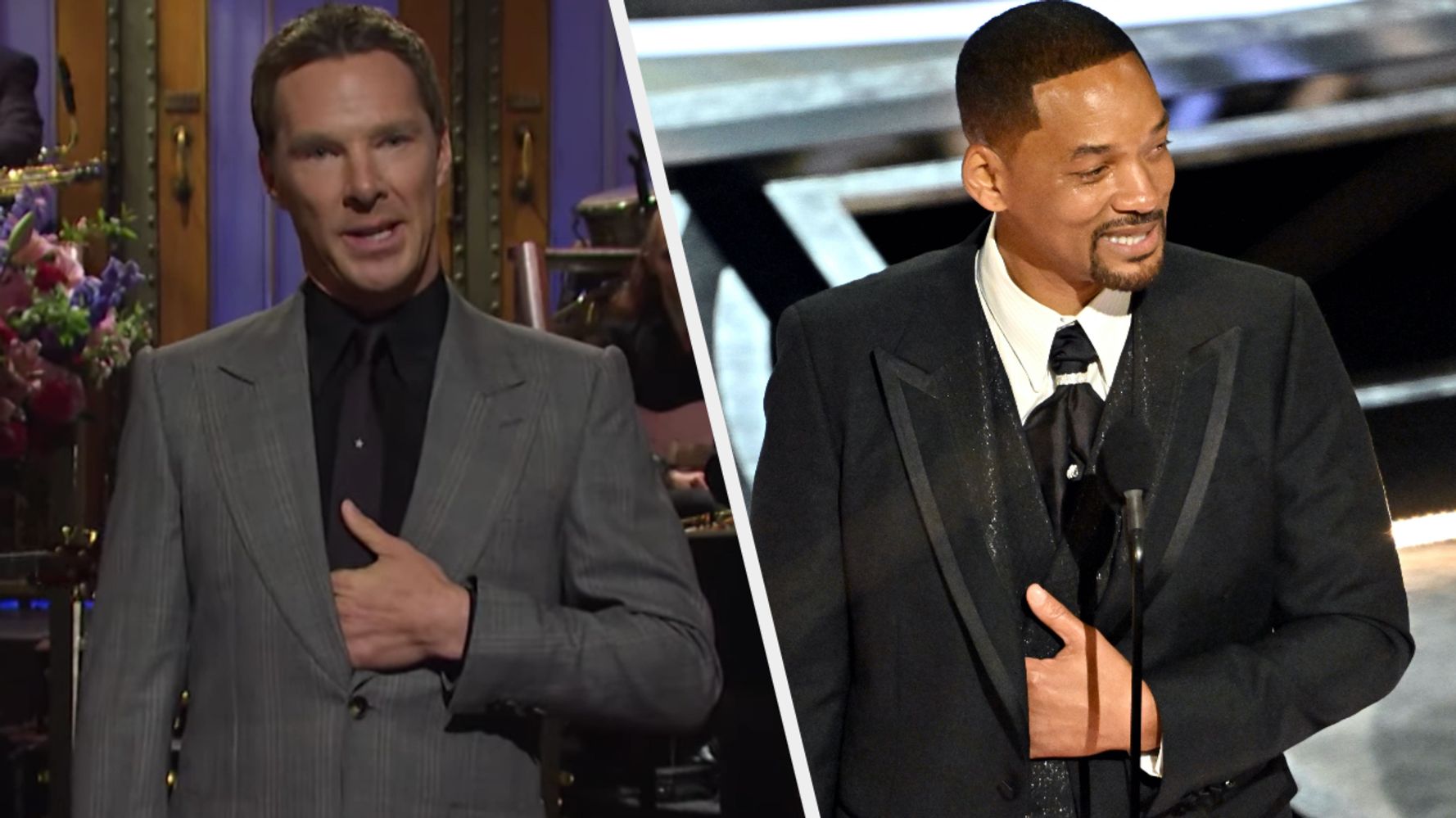 Benedict Cumberbatch kicked off his final stint as a host on Saturday Night Live with jokes about his last appearance as Doctor Strange and this year’s Oscar drama.

The former Sherlock star opened the show with a monologue telling viewers, “I’m thrilled to be back hosting Saturday Night Live. It’s been a really fun week, great.

“I have to be honest though, because most of the sketch writers this week sent me sketches every day, and most of them were about Doctor Strange.

“I love the guy and I love playing the character. The movie is doing really well, but I’ve been in other movies.”

Among the past films he referenced later in the monologue was the Netflix drama The Power Of The Dog, for which he earned his second Oscar nomination.

“Come on man. I got an Oscar nomination for that,” he joked. “I did good. I mean, I didn’t win. I got hit by Will be Blacksmith.”

As the audience laughed, Benedict quickly added, “No, not physically.”

Benedict, of course, was referring to the time Will Smith slapped Chris Rock at the Academy Awards this year, after the comedian made a joke about his wife, Jada Pinkett-Smith.

Will issued a public apology following the incident and later resigned from the Film Academy.

After an investigation was carried out, the organizers of the Oscars ruled that the former Fresh Prince star was banned from attending the awards show for the next 10 years.

“The action we are taking today in response to Will Smith’s behavior is one step toward a larger goal of protecting the safety of our artists and guests, and restoring confidence in the Academy,” a statement said.

“We also hope that this can begin a time of healing and restoration for everyone involved and impacted.”