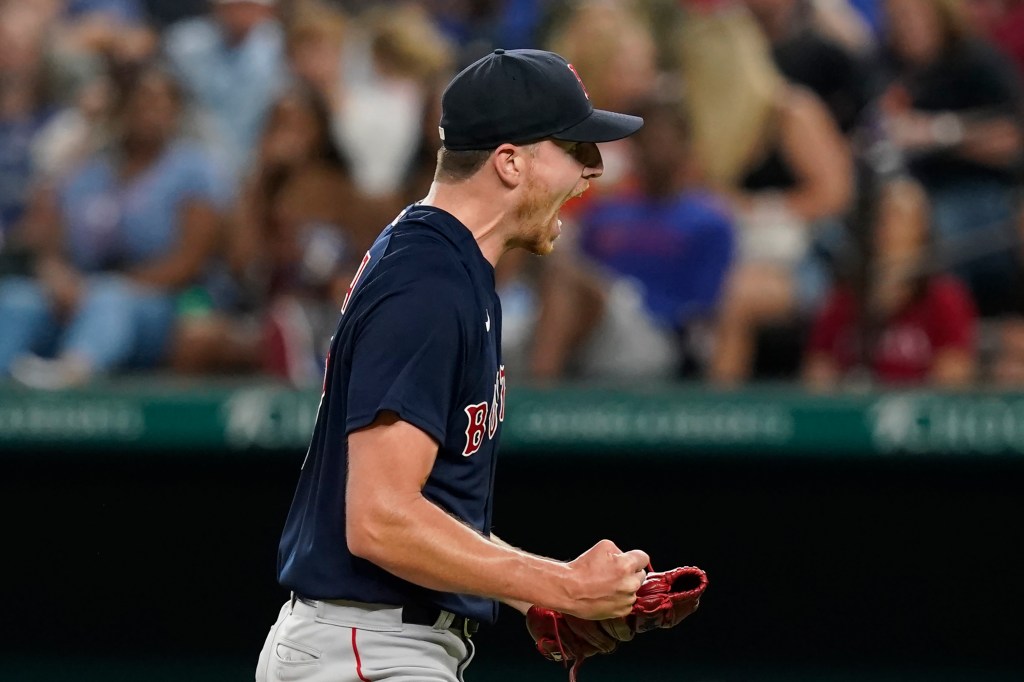 A day off did the Red Sox good.

Overall, this was the kind of game the Red Sox were looking for, the game they sorely needed.

Nick Pivetta pitched a seven-inning gem, the defense made some good plays and the offense showed much better focus at the plate as the Red Sox crushed the Rangers with a 7-1 victory at Globe Life Field.

1. Where has this lineup been all year?

There were quality at-bats in the lineup Friday night. The overly aggressive, loose Red Sox we’ve seen all year took a backseat to a team that was content to make some contact.

There were broken-bat singles and blown doubles as the Sox finally seemed to make significant adjustments as a team, and it showed.

Rafael Devers drove a fastball down the left side to beat the changeup with an RBI single in the third inning, then the Red Sox scored four runs in the sixth.

Sure, they had some hard-hit balls in there. Alex Verdugo smoked one off the wall for an RBI double. But they also had some simple batting parts to make some runs.

Trevor Story had to duck out of the box to lift a bubbling ball into the outfield for a sacrifice fly. Franchy Cordero showed some quick hands on an inside fastball and missed it, but he had enough contact to push it down the line and score another run. And Christian Vazquez almost fell over as he was bending down to put some wood on it and nail it to right field for another RBI single.

As a team, the Sox went 5-for-8 with runners in scoring position. And they continued to take quality at-bats in the late innings, even with a big lead.

It was the kind of offensive game Alex Cora has been looking for, and the Sox got it done without hitting a single home run.

Devers is hitting .308, JD Martinez has reached base three times and is hitting .306 and Xander Bogaerts had two more hits to move his average to .347. Martinez and Bogaerts are both on contract years.

After scoring just 14 runs in a six-game homestand, the Red Sox have now scored 19 runs in three games on this road trip.

His fastball hasn’t returned yet, but he didn’t need it Friday night.

With his best curveball work, Pivetta sliced ​​and diced a Rangers lineup that has struggled to score runs, despite the big-money additions of Corey Seager and Marcus Semien to this year’s lineup.

With a fastball that averaged 93 mph, still down from his 95 mph average a year ago, Pivetta limited the Rangers to just one run on three hits in seven strong innings. He struck out four, walked one and needed just 85 pitches to do it.

The Sox still aren’t sure where his fastball speed went, but seeing his curveball keep the Rangers fooled all night was a good sign for a pitcher who needs to go in the right direction.

He had a 7.84 ERA in his previous start against the White Sox, but has now allowed just one run in 13 innings in his last two starts combined.

The only downside in this game was that Verdugo came out after fouling with his right foot. He stayed in the game to finish off the RBI double in the sixth, but left an inning later.

The Sox announced it was just a bruise, though Verdugo was seen limping after scoring a run in the sixth.

Franchy Cordero moved from first base to left field while Bobby Dalbec took over at first.