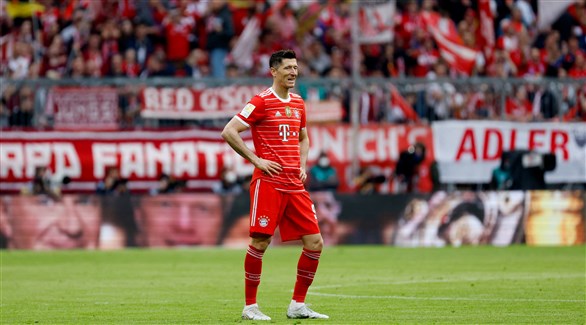 Bayern Munich manager Julian Nagelsmann refused to comment on rumors linking the team’s attacking star Robert Lewandowski with the possibility of moving to Barcelona, ​​stressing that the Polish star was part of his plans as always, before the conclusion of the German League “Bundesliga” competitions today, Saturday.

Nagelsmann told reporters: “The position of the club and my position on Robert is well known, and the status of the contract is known.”

He added: “I will not comment on all the other issues that were discussed. You can consult on these things with the player as well as (director of football) Hasan (Salih Hamidic).”

Lewandowski, 33, enters the last year of his contract with Bayern Munich, and an agreement on the renewal has not yet been reached.

According to media reports, the player has informed Bayern officials that he will not extend the contract, while Bayern have so far confirmed that they will not sell the player this summer.

Nagelsmann said the player “trained very well” this week and will start as usual in the scheduled game against Wolfsburg on the final matchday 34 of the Bundesliga.