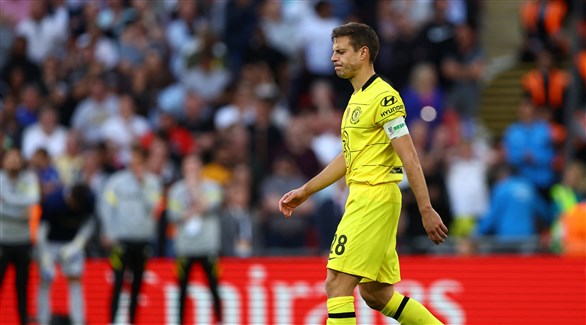 Chelsea captain Cesar Azpilicueta said back-to-back defeats on penalties against Liverpool were hard to accept after Jurgen Klopp’s side beat Chelsea in the FA Cup final on Saturday.

Chelsea lost to Liverpool in the League Cup final last February and in the FA Cup final yesterday they also lost 6-5 after Azpilicueta and Mason Mount missed two penalties, while the substitute Costas Tsimikas scored the decisive penalty for Liverpool.

“When the penalty shootout was used to decide the result, we tried to do our best and we were ready for that, but unfortunately this didn’t happen again,” Azpilicueta told Chelsea’s website.

He continued, “I missed my kick too, so it’s not just Mason, we’re a team. This is football, indeed, sometimes it hurts, but we’re the first to feel the pain.”

And going into the final two rounds of the season, Chelsea are third among English Premier League teams, facing a difficult season due to sanctions imposed by the British government on him and his Russian owner Roman Abramovich after the Russian invasion of Ukraine. last February 24.

Azpilicueta indicated that his side still have a chance of achieving some positive results if they finish the season strong at Premier League level.

Azpilicueta added: “We have won two titles this season, the Club World Cup and the Super Cup, which is something to be thankful for. But of course, losing here twice is a disappointment, now we have two games and six points to finish third (in the Liga )”.