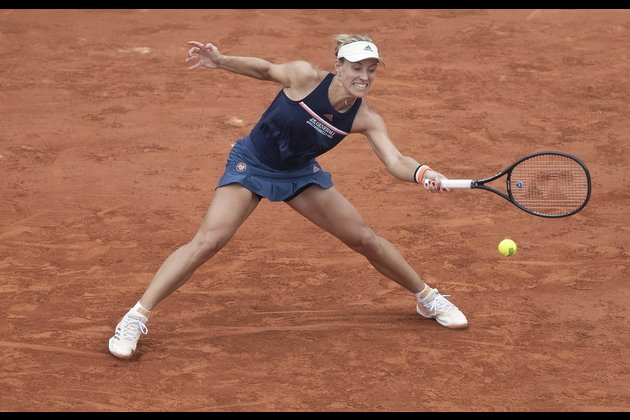 No.2 seed Angelique Kerber of Germany advanced to her first clay-court semifinal since 2016 with a three-set victory against No.8 Magda Linette of Poland on Thursday at the Internationaux de Strasbourg in France.

Kerber converted four of nine break points in a 6-2, 4-6, 6-4 victory in two hours and 11 minutes. Her opponent in Friday’s final four will be unseeded Frenchwoman Oceane Dodin, who eliminated ninth-seeded Viktorija Golubic of Switzerland 6-3, 6-0 in just 61 minutes.

Top-seeded Karolina Pliskova took on Belgian Maryna Zanevska 6-4, 7-6(6) on the other side of the group as she seeks to become the fourth Czech champion in Strasbourg. Pliskova, who saved four set points in the tie break, will face unseeded Slovenian Kaja Juvan. Juvan defeated No. 4 Elise Mertens of Belgium 7-6(3), 6-4.

Unseeded American Clair Liu defeated Australian Astra Sharma 6-4, 6-1 in the quarterfinals in Rabat, Morocco. Liu will face No.5 seed Anna Bondar of Hungary in the semifinals.

Bondar was leading 5-1 when No.2 seed Ajla Tomljanovic of Australia was forced to withdraw with injury. She was playing with a bandaged right thigh and her condition for the upcoming French Open is unknown.

The other semi-final features a pair of unseeded Italians. Lucia Bronzetti edged No.3 seed Nuria Parrizas-Diaz of Spain 6-1, 3-6, 7-6(5) and Martina Trevisan defeated No.7 seed Arantxa Rus of the Netherlands 7-6(4) , 6-3.