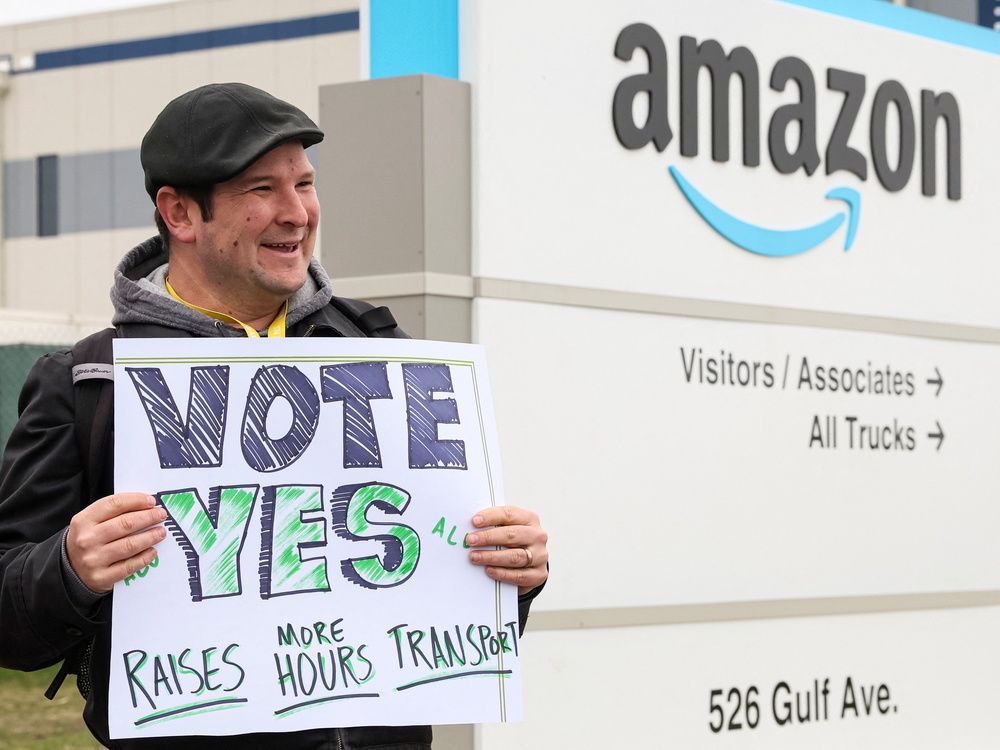 Workers trying to unite the 250 to 300 employees at the warehouse say they want to bargain for better health and safety and higher wages.

A unionization drive is underway at an Amazon.com warehouse in Montreal, one of several workplaces at the online shopping giant pushing collective bargaining.

The Confédération des syndicats nationaux (CSN) says workers contacted the union federation earlier this year and launched an organizing drive last month, convincing workers to sign up over health, safety and pay issues, which currently they are around $17 to $18 an hour.

If more than half of the warehouse’s 250 to 300 employees sign membership cards, the Quebec Labor Relations Commission could certify the union.

CSN Vice President David Bergeron-Cyr said health and safety at work was among the main reasons for the initiative. Employees have to lift up to 400 boxes an hour, leading to unreported injuries with no compensation for recovery time, he said.

Amazon Canada spokeswoman Ryma Boussoufa said the Seattle-based company “doesn’t think unions are the best answer” for employees, but that the choice is theirs.

Unionization drives are also underway at other Amazon facilities in North America. Nearly 7,000 workers at a packing plant in Nisku, Alta., are organizing a certification vote, while others across the United States got a boost after successful unionization at a New York warehouse last month.