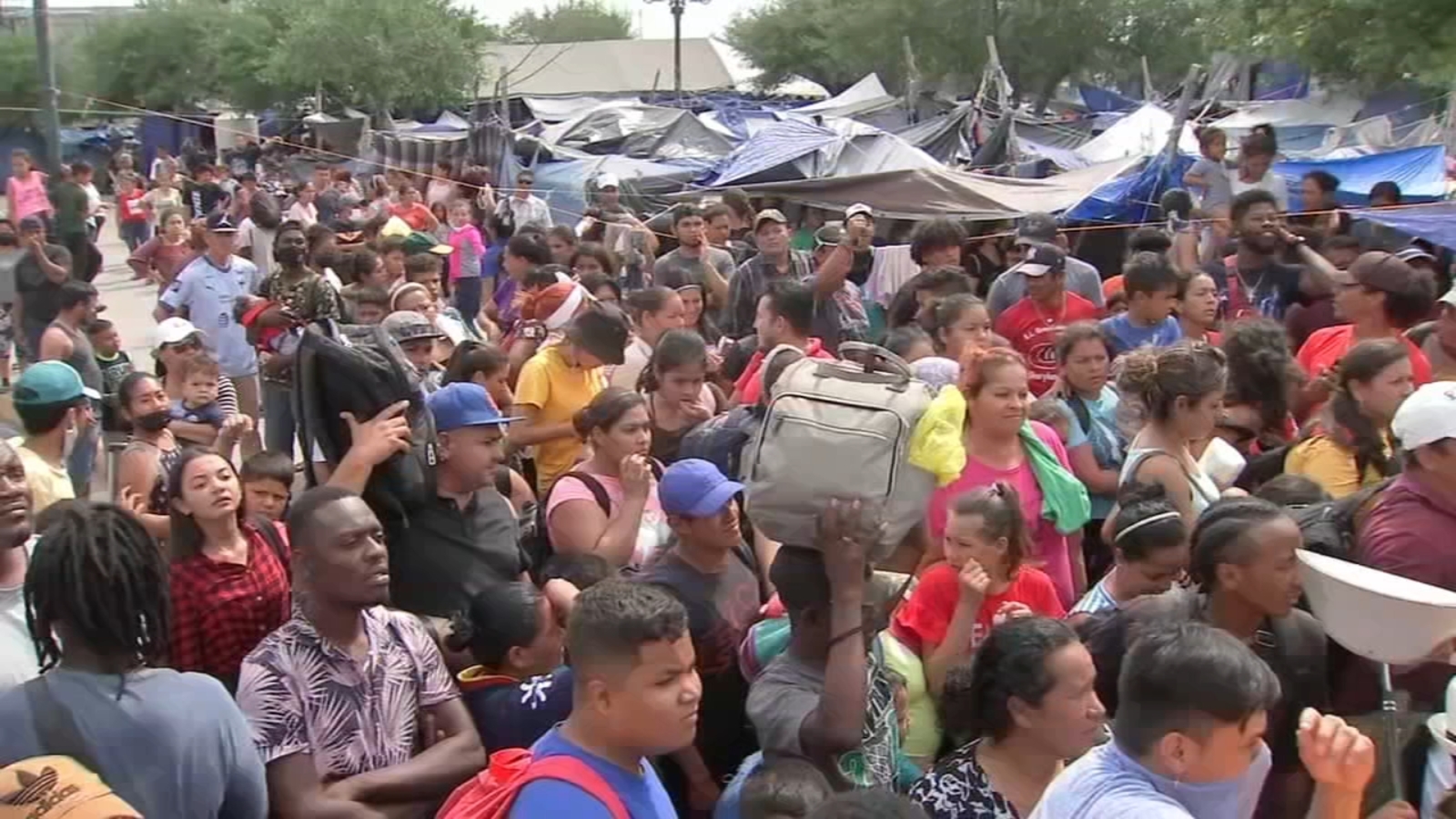 MCALLEN, Texas (KTRK) — Border Patrol agents apprehended 22 migrants within minutes of starting our drive. The migrants said they left their homes in Central America alone weeks ago, but met on the road and paid “coyotes,” a pair of teenagers who work for Mexican cartels, who were also arrested, to cross the border without be detected.

“How much did they pay you?” we ask teenagers in Spanish.

“Don’t talk to him about it,” they say to each other.

The going rate is $3,000 to $4,000 per person, on average, agents tell us. Mexican cartels recruit young men like them to collect money and guide migrants.

Federal agents said they had never apprehended so many migrants along the southern border. In the last few weeks, agents have stopped more than 7,000 migrants a day. The month of March 2022 broke the record for the most arrests in one month: 221,303 to be exact. This figure is only of people who have been detained.

We wanted to take a closer look at the unprecedented situation at the border knowing that it is about to become more chaotic. The border patrol is preparing for the worst case scenario: receiving about 18,000 crossings along the southern border per day. We also know that Houston is and has always been one of the top destination cities for migrants. In fact, many we ran into said they wanted to end up in Bayou City.

“With the disappearance of Title 42, we are going to see another increase in migrants,” said Agent Jesse Moreno of the Rio Grande Valley Sector, adding, “Our facilities are only meant to house a limited number of people.”

The Rio Grande Valley Customs and Border Protection Sector is responsible for nearly a third of all apprehensions along the Southern Border and nearly half of all narcotics seizures.

RGV’s processing facilities, including a new one that is about to open, will be able to house 5,400 migrants. That’s more than the industry expects on a daily basis, even in the worst case scenario. But migrants sometimes spend more than 24 hours in a processing facility — border patrol agents say this is a recipe for disaster.

“We have some plans in place,” Moreno said.

CBP has released a 16-page report detailing its plans to deal with the unprecedented influx of migrants, including adding agents and optimizing resources. National Guard troops are also helping, albeit without law enforcement authority.

Before dawn Tuesday, photographer Noe Cumplido, producer Uriel Posada, and our host Jacob Rascón joined Agent Moreno and other CBP agents on one of the first tours of the border allowed by that agency in two years since the investigations began. pandemic restrictions. Over several hours, over just a few miles, we watched agents track down group after group of migrants. Most single adults. But also some teenagers and mothers with small children.

We chased a group to the Rio Grande. Two men jumped out and swam back to Mexico, while the other two gave up. A K-9 agent tracked down a group hiding under a pickup truck at a U-Haul rental facility near the border fence.

We also visited Reynosa, Mexico, across the border from McAllen, Texas, where approximately 2,000 migrants, the vast majority of whom were expelled under Title 42 after attempting to cross, are living in tents awaiting the end of Title 42. when many say they will immediately try to cross again to ask for asylum.

“We’ve been here a month,” said Luisa, who traveled with her two children from El Salvador and hopes to end up in Houston with her brother and other relatives.

“We want a better future for our children,” said Luisa. “It’s worth it.”