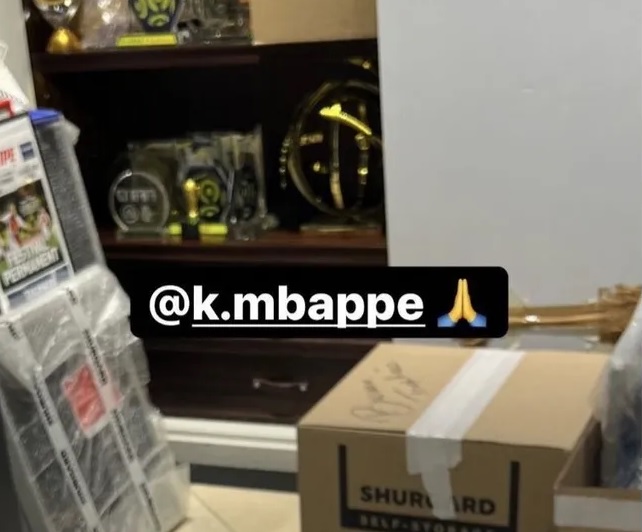 The Spanish newspaper, ‘Marca’, revealed that the French star, Kylian Mbappé, has started packing to move to Madrid to move to the Royal Club from next season, thus citing the photo published by the artist Ora Eto’o . a close friend of the Paris Saint-Germain player on his personal Instagram account “shows Mbappé’s things in boxes before leaving his house.

The newspaper said that Mbappe thanked the artist Ora Ito for giving him a signed t-shirt. In the background of the published photo there is a shelf with some packed and wrapped Mbappé awards, along with cardboard boxes, and also covered newspapers talking about him.

This news from the Spanish media comes at a time when French newspapers continue to insist that Mbappé stay in Paris and renew his contract with the Parisian.