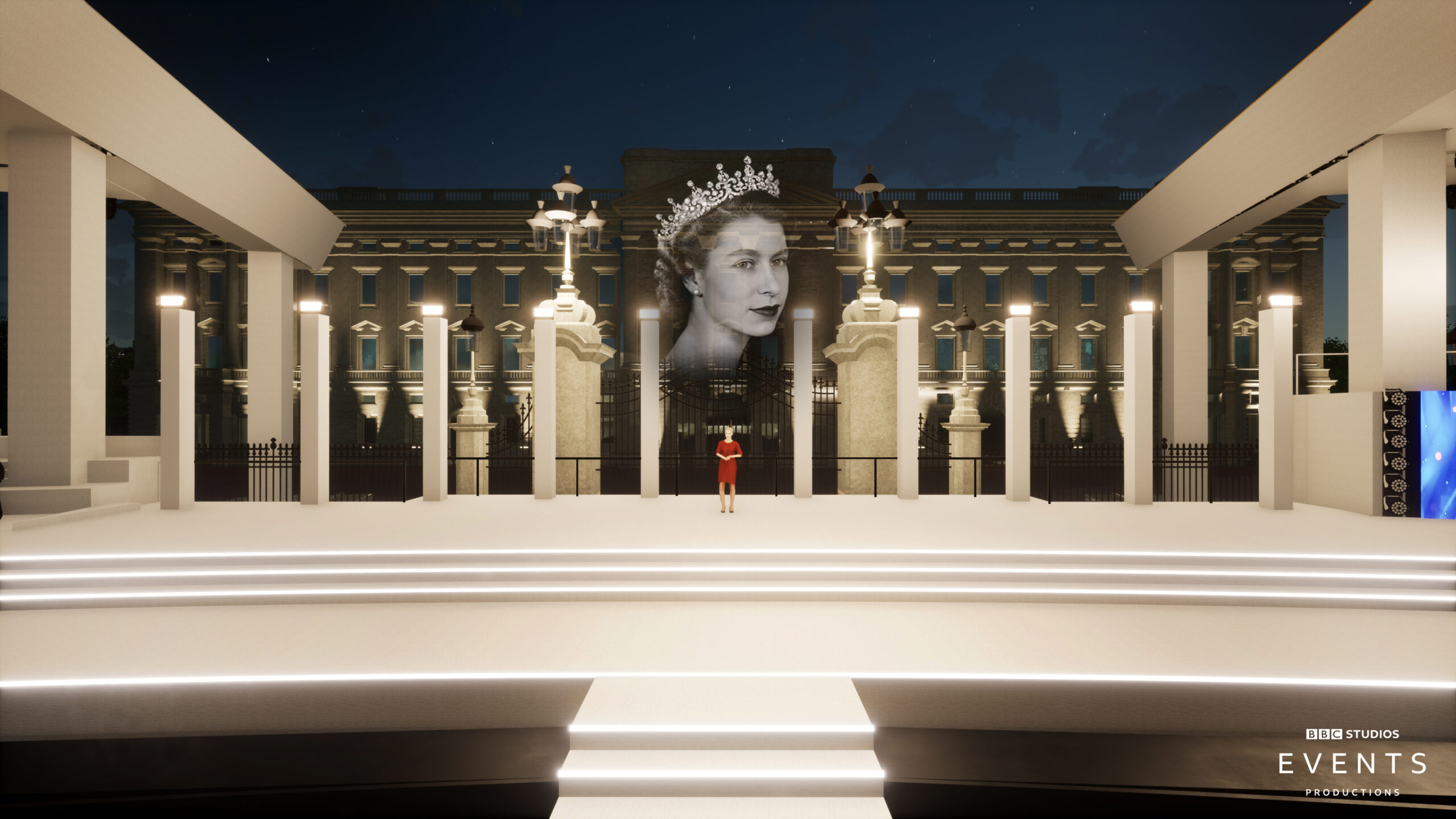 A first glimpse of the set for one of the most anticipated events of the Jubilee weekend has been revealed when the BBC this week revealed the concert stage drawings for the Platinum Party at the Palace.

The Platinum Party will be set up in front of Buckingham Palace next to the Queen Victoria Memorial and will feature a line-up of the world’s best musicians performing a concert for members of the Royal Family and a crowd of 22,000 spectators.

The attendees will be made up of 10,000 people who won their tickets in a lottery. A further 5,000 have been allocated to key workers who stepped up during the coronavirus pandemic with the rest given to volunteers, charitable nominees and people invited due to their connections to royal patronages.

The BBC has published an artistic rendering of the 360-degree set that features beacons in the background that will shoot lights into the sky. The background screen will display a Union Jack and a portrait of the Queen. Two smaller stages will be built in front of the Buckingham Palace railing and connected to the main stage.

The BBC also announced that Kirsty Young and Roman Kemp will host the Platinum Party, with the show airing live on all BBC television, radio and broadcast channels. Young said in a statement: “I am delighted to be back at the BBC for such a historic, unique and joyful event. It’s going to be a big weekend and our coverage will bring viewers everywhere a front row seat to the celebrations. I can not wait!”

A full lineup of musicians will be revealed closer to the date; however, George Ezra has already been confirmed. “I can’t begin to tell you how excited I am to be a part of the Queen’s Platinum Jubilee concert, what an incredible honor to be asked,” he revealed to reporters.

The Platinum Party will take place on June 4 and will be televised live on the BBC.