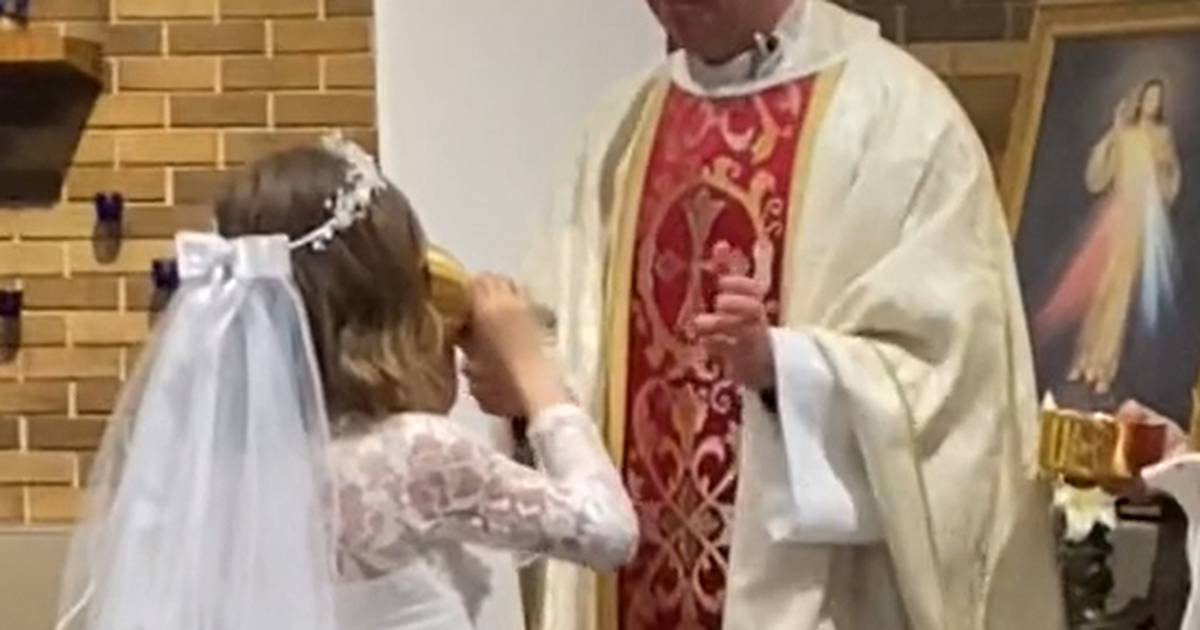 A 7-year-old girl from South Dakota enjoying her First Holy Communion must have really wanted to bond with God.

Rather than sip and drop the chalice of sacramental wine, Brynley Heidebrink tipped it back and drank.

The lace-clad celebrant huffed and puffed for about 10 seconds as congregants laughed, the priest looked bemused, and her mother filmed.

Brynley’s ardor apparently resonated with the faithful, because a TikTok video posted by mother Stefanie Heidebrink has garnered more than 15 million views.

The girl was nervous beforehand, her mother told the Sioux Falls Argus Leader, not knowing how much wine she was supposed to drink. Stefanie told her to “just let it touch your lips, just tilt it back.”

Afterward, Brynley walked nonchalantly to her seat. That night, apart from being “flushed at dinner” and “a little more talkative than usual”, she was unaffected, although Heidebrink said of her daughter that she “slept very well that night”.