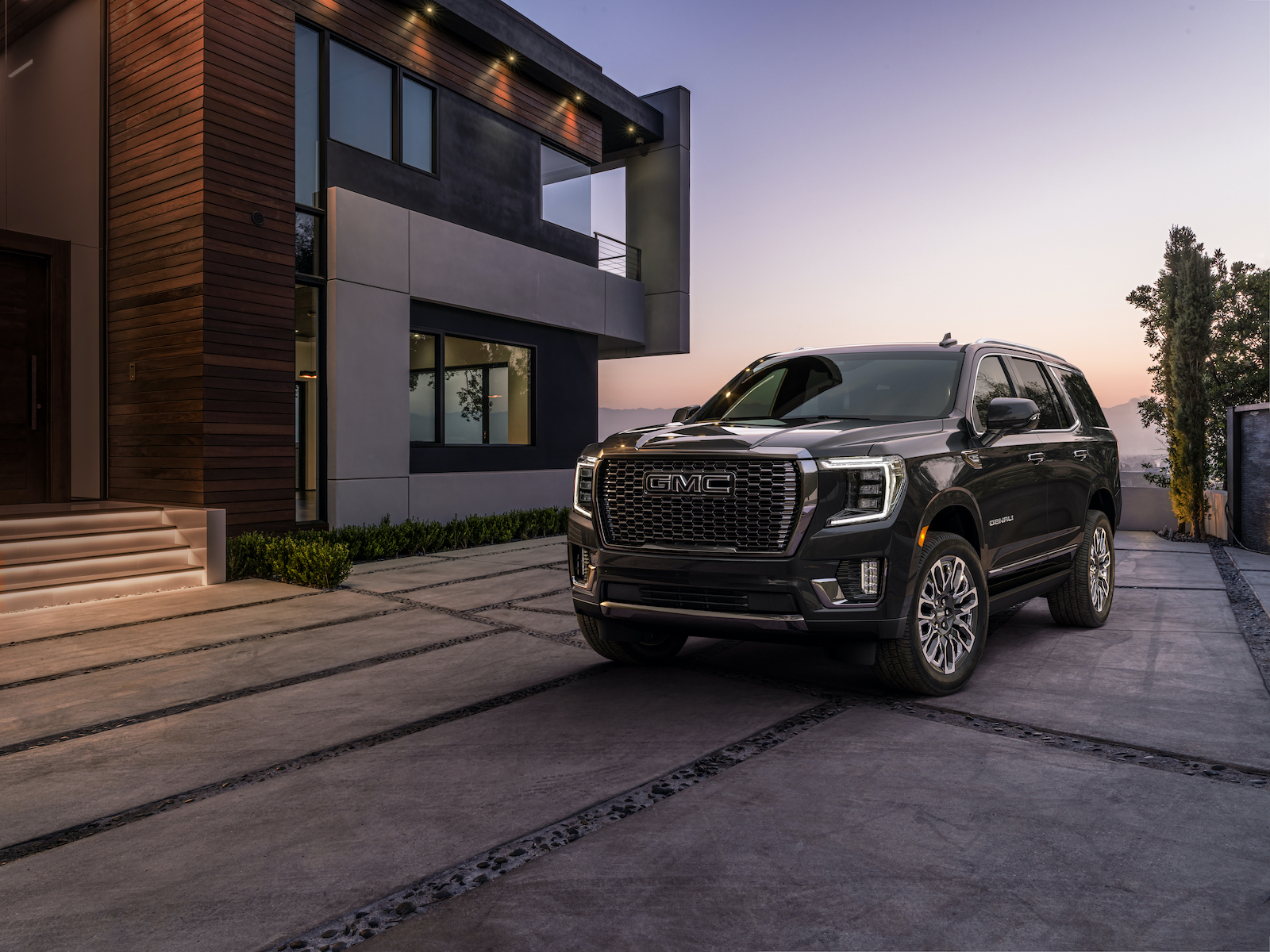 GMC, looking to outdo its own high-spec luxury Denali version, on Tuesday unveiled the 2023 GMC Yukon Denali Ultimate as the new king of its full-size SUV lineup. It is the first Yukon to be offered with the Super Cruise hands-free driver assistance system, which can now automatically change lanes or tow hands-free on compatible roads.

The Denali badge has been used to mark the General Motors brand’s chrome-accented, leather-wrapped top-of-the-line vehicles since 1998. Currently, all of its vehicles (other than the Hummer EV) offer a Denali trim, including pickup trucks.

The new Yukon’s exterior gets a few tweaks to match the higher-end luxury feel GMC is aiming for. Up front, the GMC Vader Chrome grille badge is rendered in a unique dark chrome along with additional Galvano (silver) accents.

Along the sides, chrome Vader vents and trim accents are also exclusive to the Yukon Denali Ultimate. The 22-inch wheels feature an ultra-bright seven-spoke design with chrome accents.

Like the regular 2022 GMC Yukon Denali, the Ultimate will get its power from a standard 6.2-liter V8 and a 10-speed automatic transmission that makes 420 horsepower and 460 pound-feet of torque.

Also new to the Denali Ultimate are braided cross stitching along the seats and interior trim. That open-pore Paldao wood trim is laser-etched with a topographical representation of Mount Denali, the SUV’s namesake. Aluminum accent moldings complete the look.

A new 18-speaker Bose Performance Series sound system is also standard and appears for the first time in the Yukon Denali. Headrest-based speakers for front-row passengers are included as part of the system.

A 10.2-inch infotainment touchscreen with built-in Google functionality sits in the center of the dash. Wireless Apple CarPlay and Android Auto are standard.

Amazon Alexa and a Wi-Fi hotspot are optional.

GM Super Cruise now operates on more than 200,000 approved North American highways. You can perform some driving functions such as staying centered in a lane, changing lanes, and following the car ahead with adaptive cruise control. The driver must pay attention and be ready to take over when called upon.

The Yukon Denali Ultimate will join the 2022 GMC Sierra Denali Ultimate, also with Super Cruise. That premium truck, introduced in February, will also be at the top of its respective lineup.

Pricing details have not yet been released for the 2023 GMC Yukon Denali Ultimate. The company says it will be available for purchase in the fall.