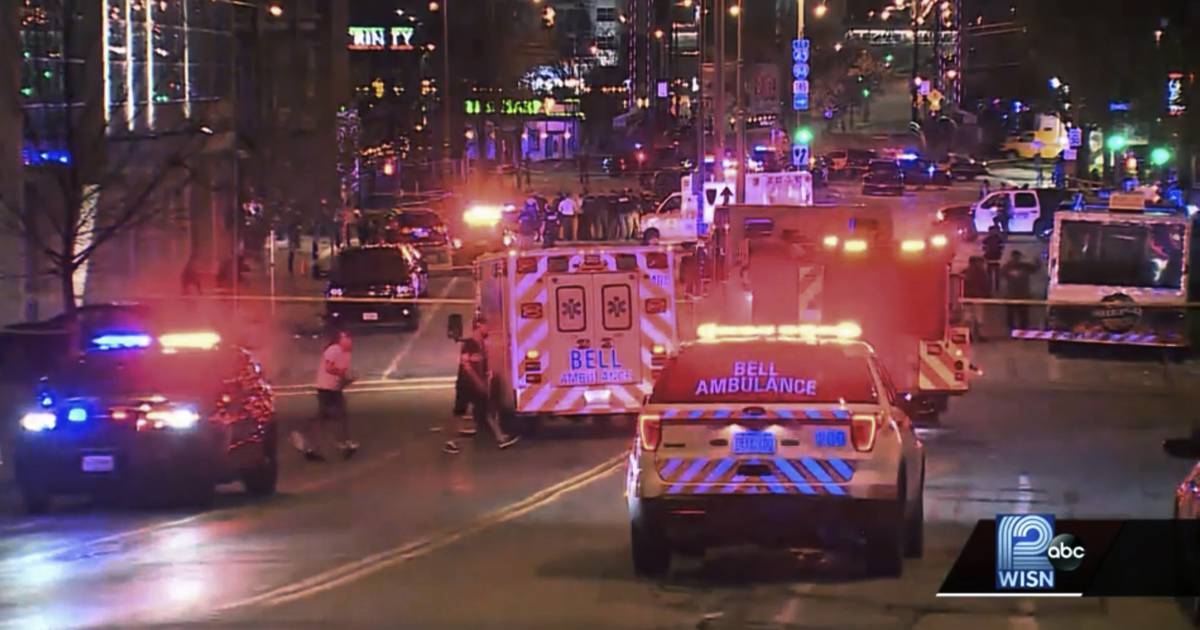 Twenty people were injured in two shootings in downtown Milwaukee near an entertainment district where thousands had been watching the Bucks play the Celtics in Game 6 of the NBA Eastern Conference semifinals, authorities said.

None of the injuries from any of the shooting after Friday night’s game are believed to be life-threatening.

The first shooting, involving three victims, occurred next to the Deer District, an entertainment district with numerous bars and restaurants where large crowds often gather to watch major sporting events.

The Milwaukee Fire Department said authorities took two people to a hospital, a 30-year-old man and a 16-year-old girl, and a third person drove to the hospital. Police said a 29-year-old man was in custody.

Seventeen more people were injured in a second shooting about two hours later, which occurred a few blocks away. Ten people were arrested and nine weapons were recovered, WTMJ-TV reported.

There was no immediate indication if the two shootings were related or involved fans watching the game.

Witnesses told WTMJ-TV that they saw a fight outside a bar after the basketball game.

Bill Reinemann, a parking attendant at a lot adjacent to the Deer District, said he heard gunshots but didn’t see anyone get shot or see the shooter during the earlier shooting.

“It sounded like six or eight shots,” he said. “It was close”.

After the shots were fired, dozens of fans began running into the Deer District, he said.

Reinemann, who has worked the lot for 18 years, remained at his post even as fearful Bucks fans ran past him.

“I sat in my chair here the whole time,” he said.

“The incident took place outside of the Deer District area. We direct all questions to the Milwaukee Police Department,” Bucks spokesman Barry Baum said.

Boston defeated Milwaukee in the game to force a Game 7 of the series on Sunday night in Boston.